ZDNet has published a ranking of the most popular programming languages by combining the metrics used in various other rankings.

Columnist David Gewirtz explains that answering the question “Which programming language is the most popular?” is no simple task as there is no shortage of measures you can use to gauge popularity.

In the end he combined the rankings of several sources, including Pypl, Tiobe, and three different measures from the IEEE.

The IEEE rankings include IEEE Jobs which looks at job listings at Dice.com and CareerBuilder, IEEE Open which looks at the number of open source projects, and IEEE Trending which looks at languages that appear to be growing.

Based on the analysis, the C family of languages still dominates, and the author recommended learning a language like Java or C++ as he believes they open you to the rest of the family.

With JavaScript under the belt you should move on to learning PHP, Swift, or Python, depending on the work you want to do.

Gewirtz said that once you know a language from each of these three sets well, you can learn extra languages and frameworks as you need them with relative ease.

To learn languages you must build this in them, he said. “Programming is not just an intellectual exercise. You have to actually make stuff.” 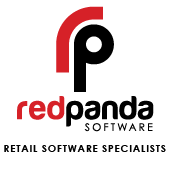